Parabens are the chemical compounds used in cosmetics as preservatives. They are the esters of para benzoic acid possessing wide spectrum antimicrobial activity although most effective against yeast and moulds. In spite of concerns over them causing contact dermatitis their use as preservatives became ubiquitous in cosmetic and dermatological products.

Actual concerns over their usage started after study conducted in 2004 stated that Parabens mimic estrogen activity and also its findings in malignant breast cancer tissues. Nevertheless several exhaustive research  conducted there after could not attribute  Parabens as  carcinogens. There by ruling out the possibility for imposing a ban on Paraben usage.

Since the  past decade consumer demand for paraben free cosmetics is on rise. And with the latest  EU Cosmetics Regulations coming under force it is sure to have a great boost to paraben free cosmetics.  The latest regulation limits the maximum concentration of Propylparaben and Butylparaben, from currently allowed limit of 0.4% when used individually and 0.8% when mixed with other esters, to 0.14%, when used individually or together.

Tired of Skincare Products Giving You Temporary Results? Master how to fix it…

⁣ Here's what I learnt about skin changes in pre 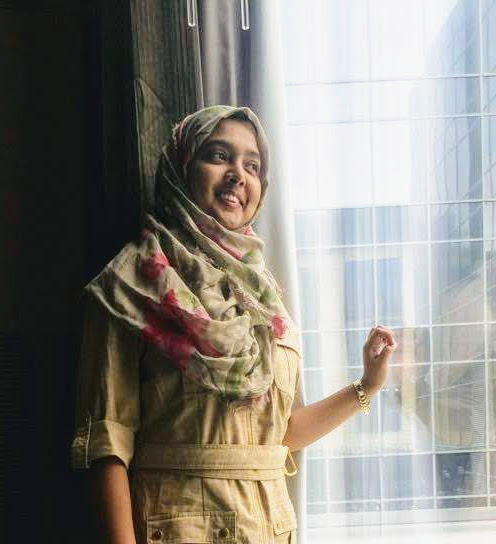 I am lubna, a Pharmaceutical Analyst, and a skin care formulator. Every family have their own secret ancestral regimes for skincare/beauty. Just like any other family few skincare secret formulas were passed down to me. But, having to deal with acne that continued even after my teenage years made me ponder over these skincare routines and formulas. There was something lacking in them. I realized that caring for skin is an art that needs science as the foundation. Blending two or three “all natural” kitchen stuff won’t and will never work for our skin. That got me started with reading countless scientific manuscripts to understand what skin needs. Unless we understand what skin needs we cannot address our skin concerns. Most importantly, natural doesn’t mean safe neither it implies that something all natural will work. Having potential active ingredients that can address our skin concerns is the need of the hour. These active ingredients can be both extracted naturally or made in a lab. Therefore, beauty spring products are the blend of nature and science. Focus of our products is the right combination of active ingredients that work for the skin. So here’s our Beauty Spring’s art of skincare with science as the foundation.

Premium Skincare with Concentrated Actives👩‍🔬👩‍🌾
DM now for Customised for the Indian Skin and weather
For science of skincare👉 @beautyspring.in

I'm often asked where are the reviews. Lol.. Usual

#gratitudepost I am a pharmaceutical analyst with

First hero ingredient of C in Sea is the stable, c

Repost @beautyspring.in ⁣ Here's what I learnt a

%d bloggers like this:
We use cookies to ensure that we give you the best experience on our website. If you continue to use this site we will assume that you are happy with it.Ok